Yep, the dash, err sorry… the “instrument panel” has paint on it, and it’s BLACK!  That means the decision has been finalized… the interior will be black and white, just like when it left the factory.

The pic shows the satin finish looking awesome… and, while I do like the sheen, it has plenty of dust in it. Damnit!  I tried really hard too, considering my horribly dirty working environment. I didn’t use the air hose at all today before painting (to avoid making dust airborne). I cleaned and wiped everything down by hand, masked it all off carefully, used a tack rag… and BAH! DUST!  So now I’m not sure what I’m going to do. You can definitely see it when you look close, and there are several fairly big bits of dust that you can see easily. It’s not going to be good enough to leave it as-is, which was my worry going into this. Ya can’t really cut and buff this stuff, or so they say. I’ve heard that you can do very minor cut/buff spots, then light hand buff all over to match… which is what I may end up doing. Worse case scenario, I scuff the whole things and re-shoot.  I’m not sure, but I think where I went wrong was in not covering up the floor of the car. Even though I was shooting a good ways away from the floor, I might have still kicked up dust.

I ended up using PPG DAR Acrylic Enamel for this… oldschool! I was debating between using DCC Acrylic Urethane or this quart of Eastwood “2k underhood black” I have that is pre-flattened. I ALMOST went with the Eastwood, but then I opened up the can, it just didn’t look like a really good dark black, like the PPG stuff. Not to mention, Eastwood products, while they may be good, seem to have this sort of amature reputation. So why did I shoot Acrylic Enamel instead of Urethane? I was out of hardener for the urethane! And I had about half a quart of Enamel leftover from quite a few years ago. I just dumped in the appropriate ratio of DX685 flattener to get to the “eggshell” level, then a tad more for good measure, mixed it up real good… and now i have the rest of this Quart pre-flattened for when I shoot the gauge pods and other interior bits.  Let’s hope the gloss will match! 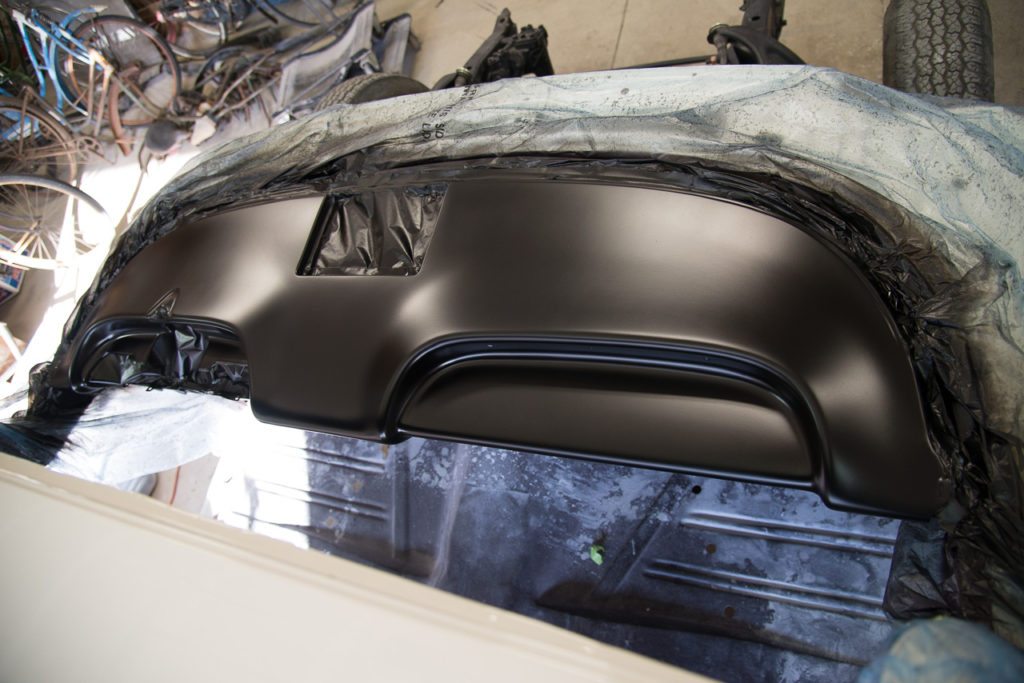 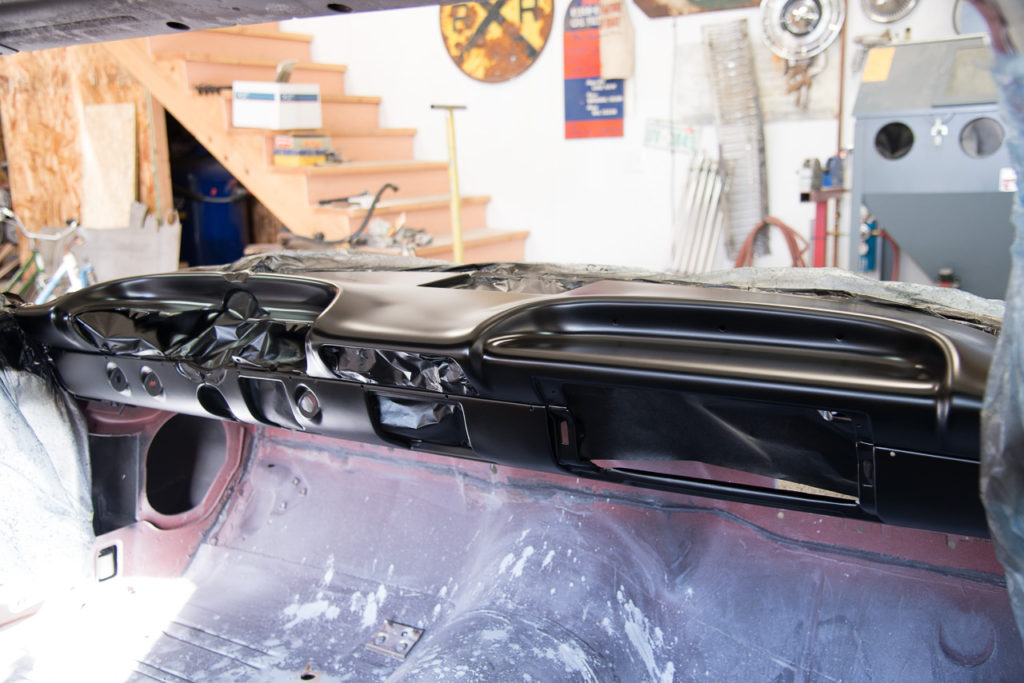