So the other day, I was looking through old posts on this blog when I ran across THIS post. It’s about the piss-poor factory alignment of the paint divider trims on the drivers side rear door. I HAD FORGOTTEN ALL ABOUT THIS!  I had done bodywork to the door, then set it aside and forgot that I needed to re-located the trim holes. It’s damn lucky that I ran across this post, or I could have very well painted the door, hung it, then been in horrible shock when I went to install the trim! OOPS!

So, I had the fun job of re-installing the un-finished door on the finished and painted body… without scratching anything! Some tape in all the vulnerable areas helped me out.

Getting the door latch striker in the right spot was a pain. I actually used a different striker, not the one shown in the picture to figure out just where it should go (along with some tape behind it to avoid scratches). Once I got it where it should be, I carefully removed it, peeled the tape off, then installed this fresh re-plated (cadmium) striker plate. This plate is installed for good! Wow, the FIRST part to be re-installed on the body that will stay there.. for good! 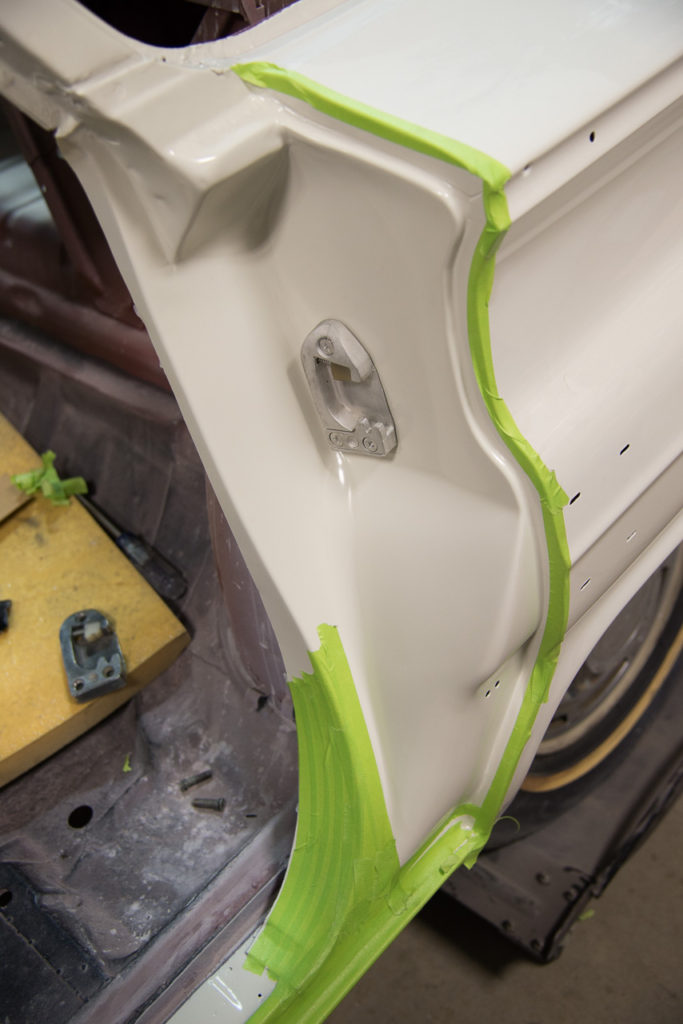 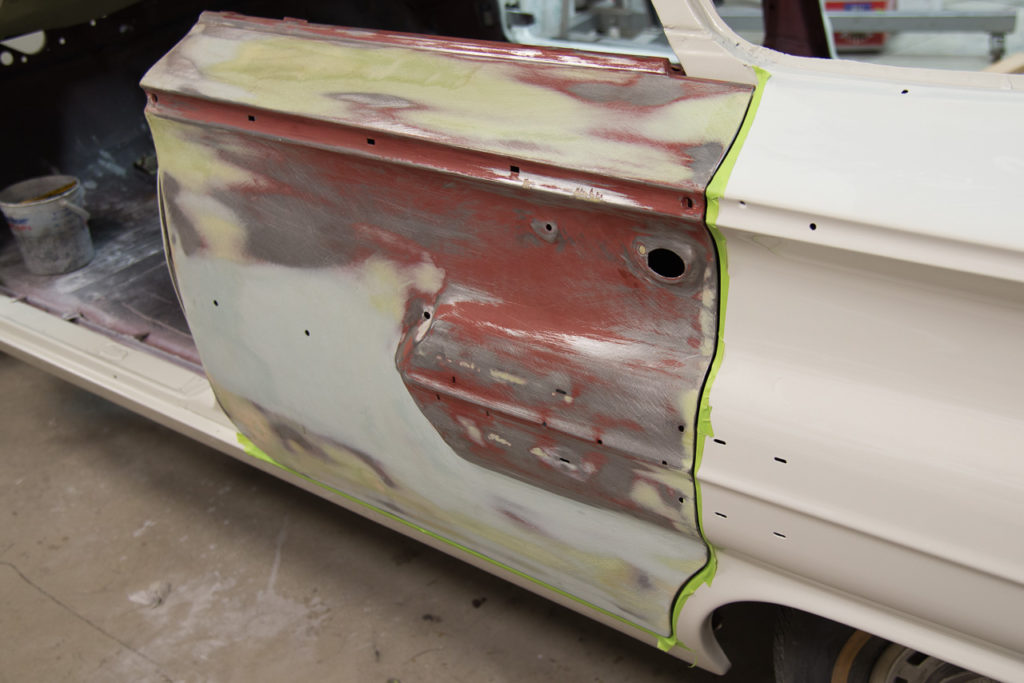 With the door installed and aligned properly, it shuts and opens nicely. Kinda scary doing this with real paint to watch out for… but, I managed it without any chips or scratches.

As you can see in the picture below, my straight-edge shows that the holes in the door are way off. I scribed a line so I’ll know where the new holes should be. 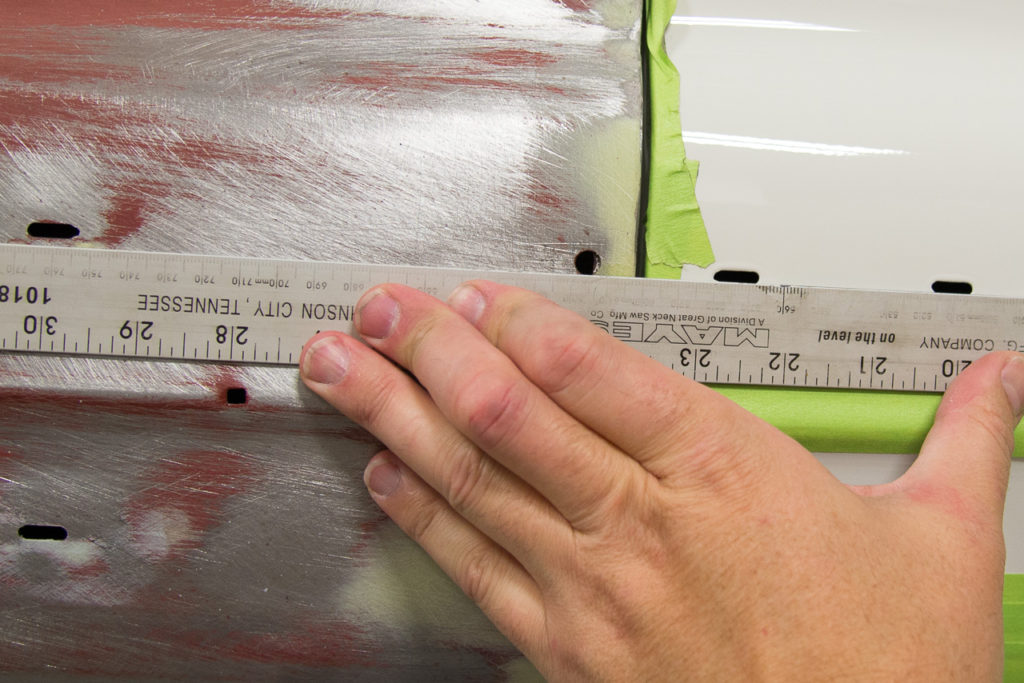 Part two… I’ll probably file them down to where they should be, then weld the upper part of the hole and file it to a nice finish. Oh, and not only are they out of alignment, they forgot to punch the front holes for both the upper and lower trims!  I guess it still worked okay, since the trim ran underneath the big airplane ornament which held it down…. lame! Now it’s a pain in the butt!  Apparently Chevrolet didn’t have very high standards! Here’s that shot again of the way it looked on the car before I took everything apart. 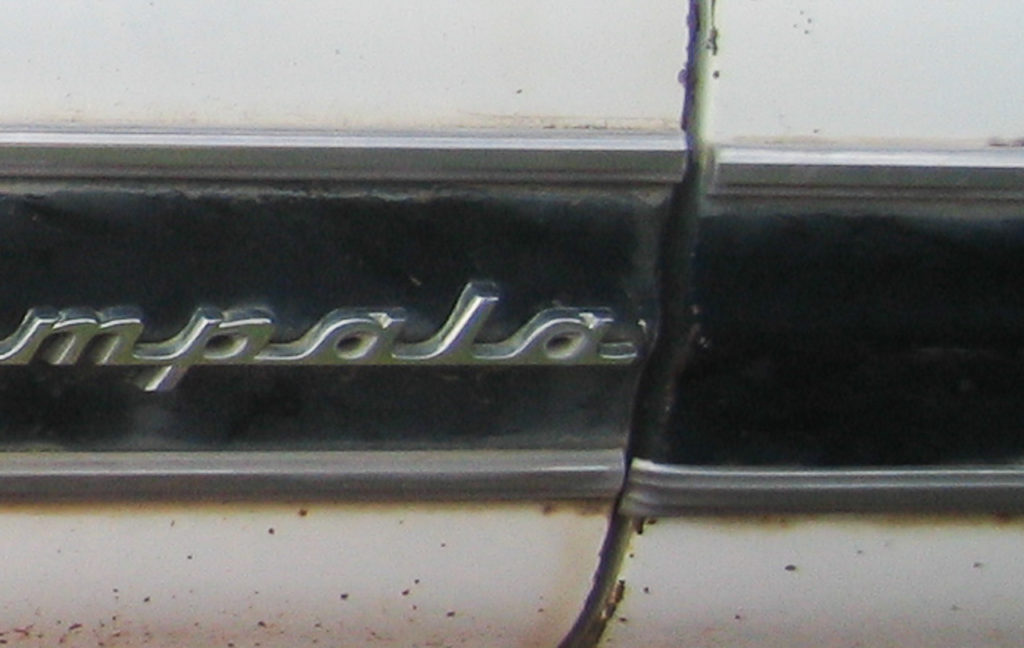