WOW, it’s been over TWO YEARS since I last did any work on the car. My last post where I reported actually having done some work, was on July 21, 2012. Since then, I’d moved to a different town and got married! Big life changes,to be sure! But never once did it even cross my mind to give up on the project. I still have a passion for it, and really look forward to finishing it… no matter how long it takes.

This summer, I posted my 1960 Buick Invicta Convertible for sale on Craigslist, but didn’t have any luck selling it. I had hoped to get about $10,000 for it, which was money I was going to earmark entirely for finishing the Flat Top. But, I still have the Buick, and not $10,000. I’ll have to do it the way I have been all along… a little here, and a little there. For example, I ordered a Classic Performance Products CPP 500 power steering box for it, which will make for a nice, easy upgrade from the original power steering.

The first thing to do, was to get all the parts out of the inside of the car. I had put the inner fenderwells in it, along with some other parts for its journey to the new shop. It had also collected a lot of dust sitting around in the old shop, and at the new now for a year and a half until now.

Talking with my wife, we decided that it was a good idea for me to dedicate one day a week to working on the car, when practical. That day is Saturday. So, unless something important is going on or I have a critical deadline for a customer job (with my bicycle business), or something else important, I’ll be spending the time in the shop working on the Impala!

So what did I do today? I applied some seam sealer to areas that still needed it. Most notably, the firewall, inside and out. I wanted to do this first, because I need to get the firewall painted so Marty can install the engine as soon as it’s ready. I also applied seam sealer in areas of the floor pans where the original stuff was missing or crusty.

The sealer on the firewall, while technically not necessary for this restoration, went on anyway… just because, thats how it was at the factory. Yeah, I know the car is getting a modern engine, so whats the point? I dunno, just wanted to do it. It’s the black stuff in the pics below. It was super sloppy looking from the factory, gooped on very thick with drips and all. My job is much nicer, but still far from show perfect. It’ll get painted body color. 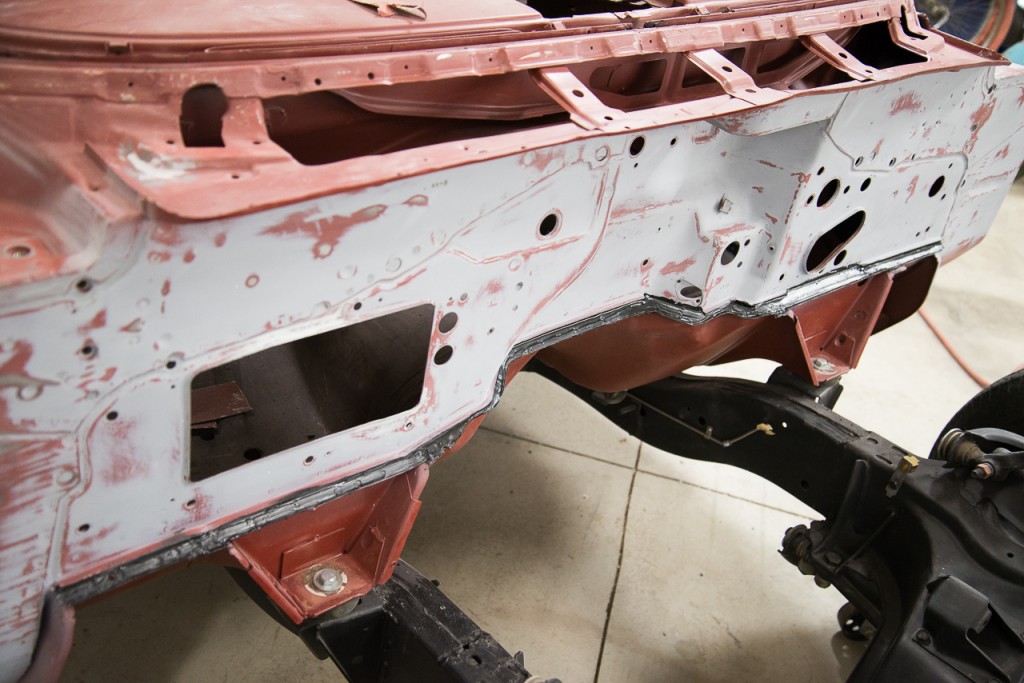 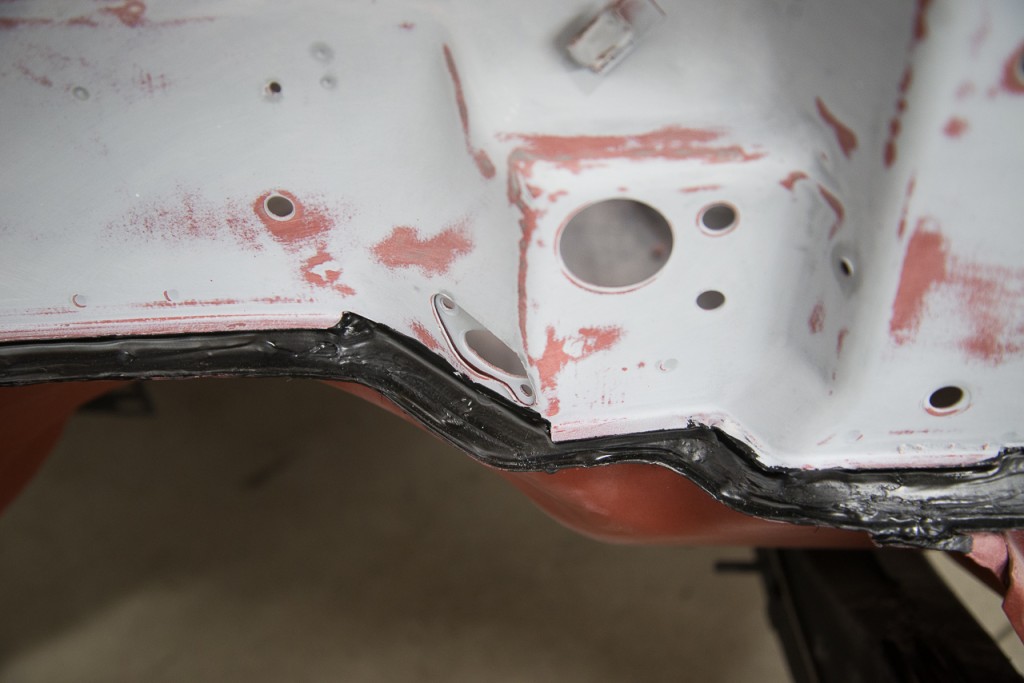