Tonight I finished applying some high-build primer to problem areas on the bottom of the hood, and on the drivers front door jamb. Yes, real progress! Last night I finished scuffing everything and wiping it down with some wax and grease remover, then I shot it all with some PPG DPLF epoxy primer. I want to leave the bottom of the hood in primer until the top is finished and in paint, that way as the hood is handled stored, any finished black paint on the bottom won’t get scuffed. The idea is, just prior to installing the hood on the car for the final time, I’ll scuff and shoot the bottom of it, so it’s next stop will be actually on the car. 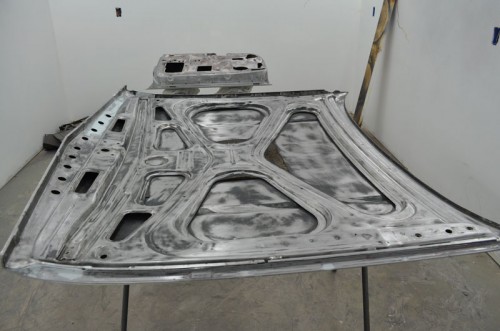 Hood and Door in the paint-booth 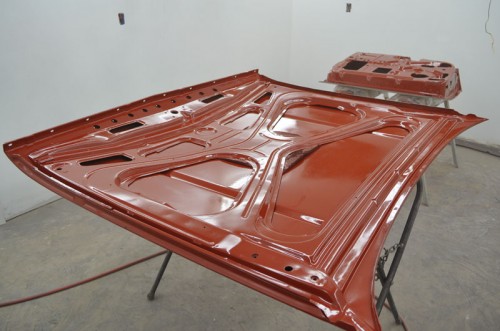 Bottom of hood and front door shell (jamb) in epoxy 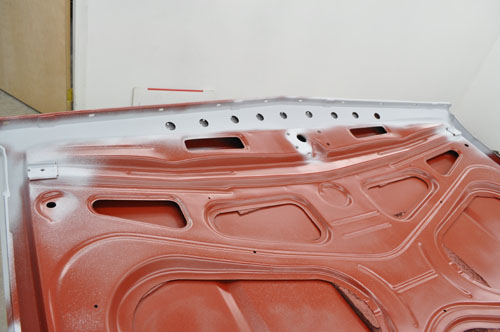 Problem areas of the hood bottom in high-build primer 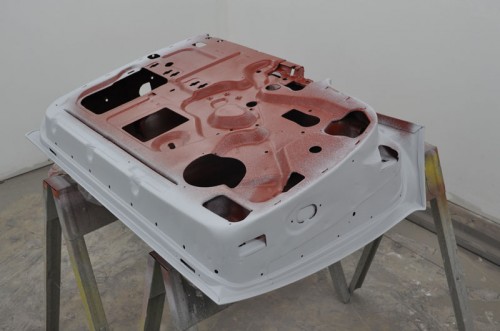