Well it has been one year since the restoration process began.  I thought this would be a good time to share a photograph of how the car looked when it was found in a field in Harrington, WA.  The number on the rear window “57” was put there by a guy who agreed to buy all of the cars in this field for scrap. The guy died before the transaction could be completed. It would have been a shame to scrap all the cars here, as there are LOTS of great parts to be harvested yet. There was a ’60 Ford 2 door but that one went to a new home. A couple ’55 Chevy staition wagons, a ’56 chevy 4 door, countless others! The car directly in front of it is a 1967 GTO, or.. the remains of one anyway. 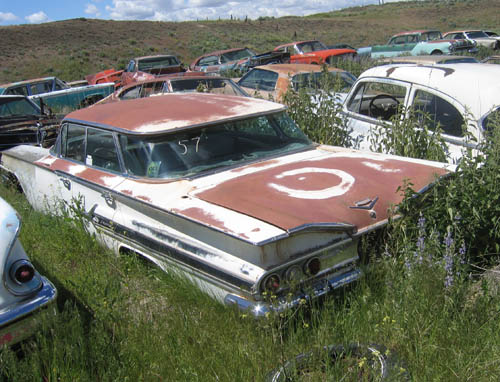