The passenger front fender had some rust popping out down low that needed repaired. Yes this is still that awful fender that I should have thrown in the trash long ago. It came from the silver Biscayne parts car and was pretty wasted… but, lack of finding a replacement locally had forced me to repair it.  Anyway, the rust repair…. you can see in the pics below that I cut out the bad chunk, which allowed me access to weld in a nut where the old clipon-nut used to be. Since this nut does not need to be adjustable, it was an obvious choice to just weld one on there and be done with it. After using a wire-wheel on my die grinder to get all the nasty surface rust off, I treated the area with Picklex-20, and brushed on some Zero-Rust to give the area some protection from rusting further in the future. I even applied Zero-Rust to the back of the patch before I welded it in. 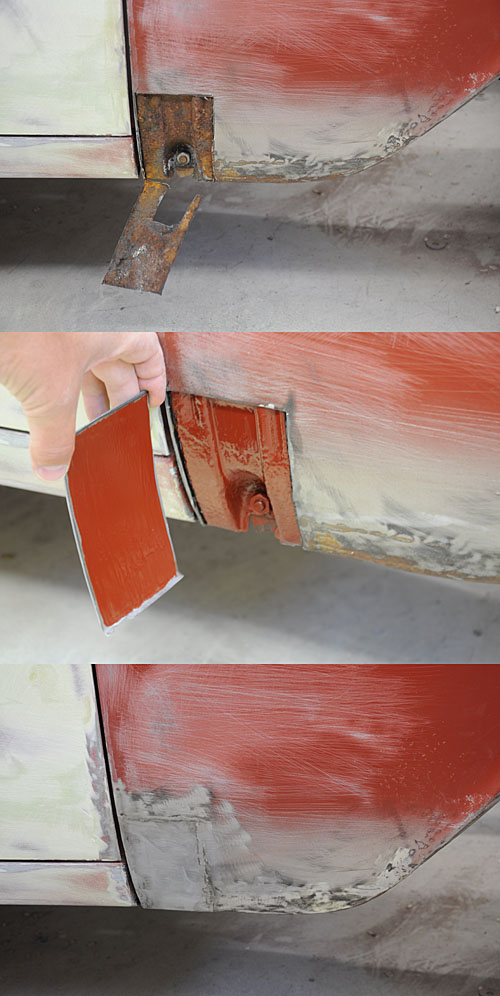